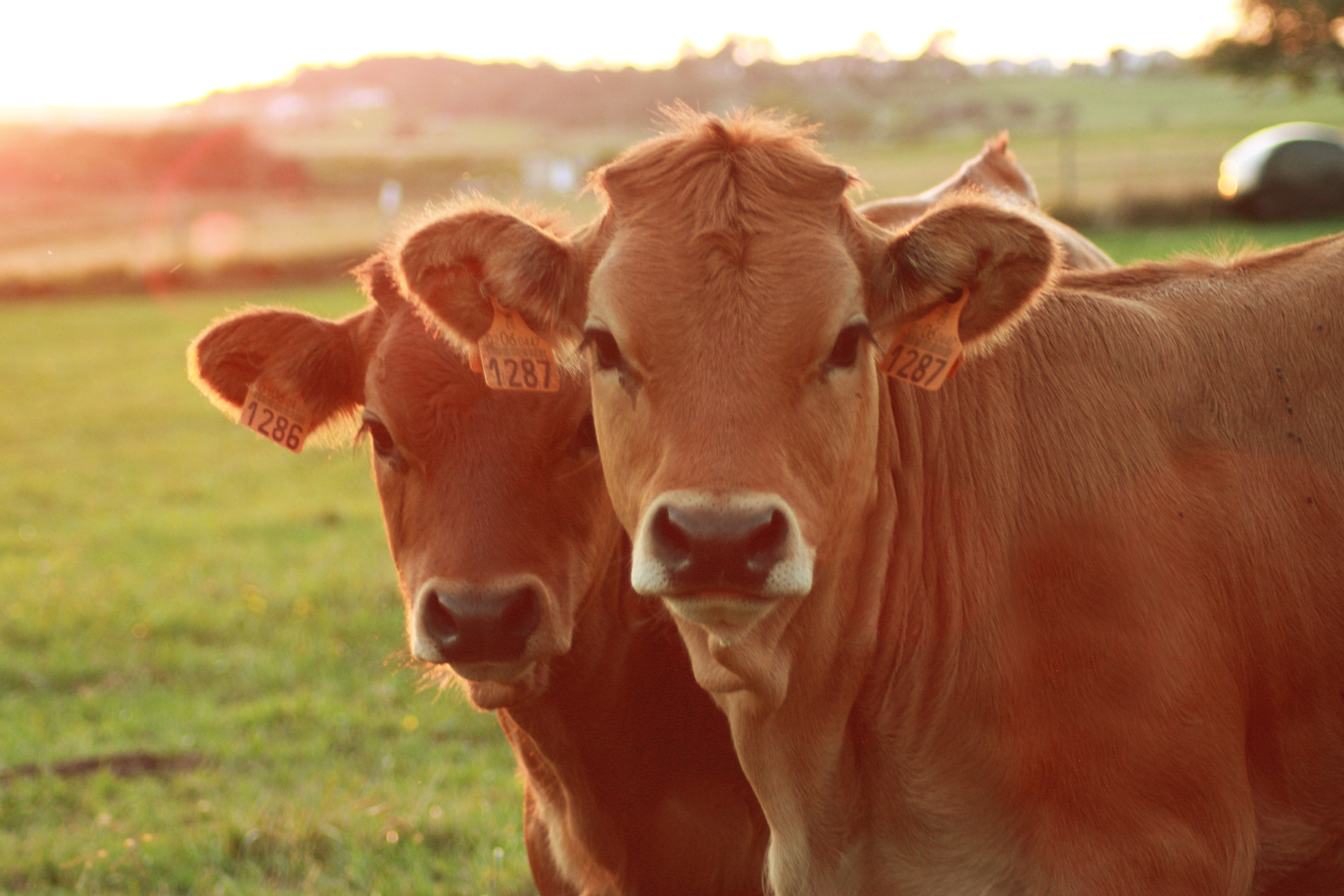 BVDV, immunosuppression, and its impact on cattle herds

Knowledge about the impact of this virus on production and control measures to mitigate its effect on the herd was disseminated at the Second International Congress on Bovine Viral Diarrhea Virus (BVDV), convened by Bioinnovo and INTA.

The Second International BVDV Congress, held virtually by Bioinnovo, a public-private company formed by Vetanco and the National Institute of Agricultural Technology (INTA), was attended by leading national and international specialists who shared their knowledge on the Bovine Viral Diarrhea Virus (BVDV) and was followed by more than 1,500 people from various parts of the country and the world. INTA authorities, Dr. Carlos Alberto Parera, National Director, and the Vice-President of the institution, Dr. Nacira Muñoz, were in charge of welcoming the participants. The first presentation was given by Dr. Robert Fulton, Professor Emeritus of Oklahoma State University and an international reference in BVDV and cattle infectious diseases, who focused on the respiratory implications in meat and dairy herds. “Within bovine diseases, the bovine respiratory complex (BRC) is one of the most important. Cases of bacterial pneumonia are the most severe manifestations of these conditions, and while bacteria are the culprits in pneumonia, the contributing factors are viruses and stress,” Fulton explained.

“BVDV can facilitate bacterial colonization in the nasal and tracheal mucosa. A very important effect of these respiratory tract infections is their ability to suppress and destroy the defense mechanisms of the lungs. This is where the severe damage to the BRC lies. In addition, these viruses systemically and locally alter the correct functioning of the immune system, affecting both the cellular and humoral response (antibody generation),” he said.

Therefore, for the Oklahoma State University professor, it is important to take care of the biosecurity of the herds as a preventive measure. “It was possible to detect at least one virus in 76.3% of the animals that were separated for BRC treatment and in 100% of the animals necropsied for BRC. Bovine coronavirus was the most commonly found virus in nasal swabs followed by BVDV and IBR.”

“Although the most important BRC manifestations occur in feedlots, the problem of BVDV starts in breeding herds” and that is why he suggested “ to implement an adequate vaccination program, practice biosecurity, and make sure to test the animals that are introduced to the herd”, Fulton said.

Furthermore, Gabriel Bo, veterinarian and director of the Institute of Animal Reproduction of Córdoba (IRAC), considered that Latin American cattle breeding “must produce more efficiently by acting on the factors that affect production”, such as the low weaning percentage. In this sense, the national and international referent in reproduction, embryo transfer techniques, and innovative technologies applied to bovine reproduction argued that it is necessary to work in the herds looking for “maximum efficiency to try to achieve one calf per cow each year. This means that all cows must be pregnant 85 days after calving”, that is, “there is a very short work window: there must be high efficiency.”

For Dr. Bo, the problem is generally due to herd management errors, but it is also important to design “a complete sanitary program to prevent diseases”. In percentages, he stated that “more than 50% of gestation losses are infectious”, mostly due to BVDV.

Bo said that BVDV affects reproduction because it has a very particular tropism on the ovaries and testicles, causing “reduced embryonic development and, therefore, fewer possibilities for the embryo to survive.”

When showing the results of the efficacy of Bioinnovo’s VEDEVAX Block vaccine against the disease in affected herds, he explained that the response was “a significant increase in the pregnancy rate and a decrease in abortion losses”. However, he noted that in addition to the vaccine, it is important to control the problem of persistently infected (PI) animals that can enter a healthy herd through a purchased cow pregnant with a BVDV-infected calf. “These are ‘Trojan cows’. When the calf is born, it spreads the virus, and a major complication occurs.”

The IRAC director informed that there are only 1% of PI animals registered in Argentina. He said: “The problem is that 20% of the herds have PI animals, and the fact that there are 1 or 2 infected animals will allow the disease to spread and produce a negative effect on the overall production of the whole herd.”

Next, Christopher Chase, Ph.D., South Dakota State University Professor, is a researcher specialized in the immunosuppression caused by BVDV and the implications of this virus in the alteration of the cellular immune response. Along with his team, they developed studies in the laboratories of the University of Dakota, USA, regarding the effect of the virus on the immune system, causing dysfunction of defense cells and immunosuppression. He detailed how the virus is related to immune dysfunction and immunosuppression and the behavior of macrophage monocytes, dendritic cells, and neutrophils in bovine animals.

The professor reported that “the effect of BVDV on the immune system differs greatly with the strains, but all of them cause some degree of immunosuppression.”

In another regard, Dr. Chase detailed research carried out by his work group on immune development, especially with regard to persistent infection. “The virus manages to fool the immune system by infecting macrophages in the fetal liver. These infected macrophages then present the viral particles as their own, and that is why the immune system does not recognize the BVDV as foreign, resulting in the birth of PI calves.”

Then, Emanuel Gumina, UBA VM Professor, researcher of Vetanco’s Biotechnology Laboratory, introduced the evaluation of the cellular immune response induced by VEDEVAX Block, developed by Bioinnovo, for a disease that causes considerable economic losses in cattle herds around the world and that is present in 90% of the Argentinean farms. This vaccine combines the BVDV E2 glycoprotein with the APCH targeting molecule, which has an affinity for the immune system. Gumina detailed the mechanisms by which the targeted vaccine induces an effective cellular and humoral response through the presentation of different assays. He began by showing that “it enhances the binding by the targeted antigen to antigen-presenting cells, and that this enhancement was 22 times greater compared to the untargeted antigen.”

“It is a vaccine that activates each step of the immune response by boosting it”, which is “reflected in the breeding, dairy, and feedlot field performance”, the researcher said.

In the studies conducted at INTA, Gumina mentioned that there was a fourfold improvement in the amount of endocytosed antigen, which was faster and achieved a proliferation of specific T cells up to 10 times compared to the untargeted antigen. The immune response was polarized towards a Th1 profile necessary for the control of viral agents such as BVDV.

In this regard, the head of Vetanco’s Biotechnology laboratory said that “this is important because they end up polarizing towards a more appropriate response profile to stop the pathogen and differentiate these cells to generate effector and memory lymphocytes.”

When analyzing the humoral immune response, Dr. Gumina described that it was “extremely efficient, being 66 times more effective than the untargeted antigen in the induction of neutralizing antibodies, which are necessary to protect the cattle since they prevent the virus from entering the cell”. At the same time, he explained that “these antibodies had a 12-month persistence”, demonstrating the potency and duration of the immune response induced by VEDEVAX Block.

The closure of the virtual Congress was in charge of Vetanco’s Livestock Commercial Manager and Veterinarian, Adrian Balbi.